A fairytale setting with a solemn atmosphere

A traditional shrine that appears many times in ancient myths. It is said to be the oldest shrine in Japan. Mount Miwa was worshiped as a deity, and still retains this form of primitive Shintoism. The shrine's grounds are large, with several places to see dotting the foot of Mount Miwa. It is a good idea to take your time to visit each location while soaking in the power of Mount Miwa and the faith of the common people, unchanged for thousands of years.

Generally, at a shrine, the building where the object of worship (believed to contain a deity itself) is supposed to rest is called the “inner shrine” (Honden). Prayers are offered from a “worship hall” building towards the inner shrine. Usually, visitors come to pray right in front of the offertory box located at the entrance of the worship hall. However, since Omiwa Jinja Shrine reveres Mount Miwa itself as a deity, there is no inner shrine. By revering nature itself as a deity, it retains the shape of Shinto at its inception. 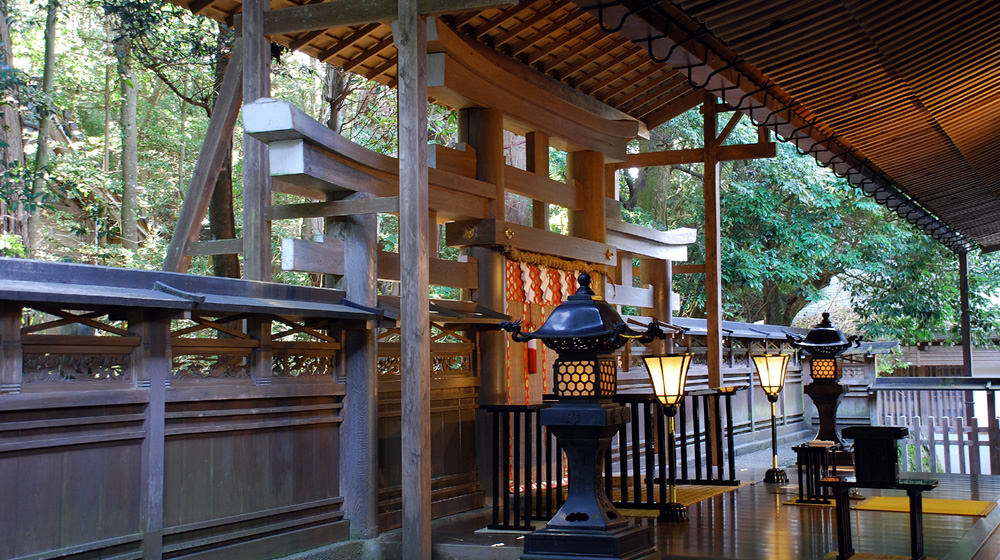 This Torii archway is an important point which separates the divine Mount Miwa and the worship hall. As the object which takes the role of the inner shrine, it is now viewed as sacred itself. A Mitsutorii is also called "Miwa Torii"; a unique Torii symbolizing the primitive faith of Omiwa Jinja Shrine. 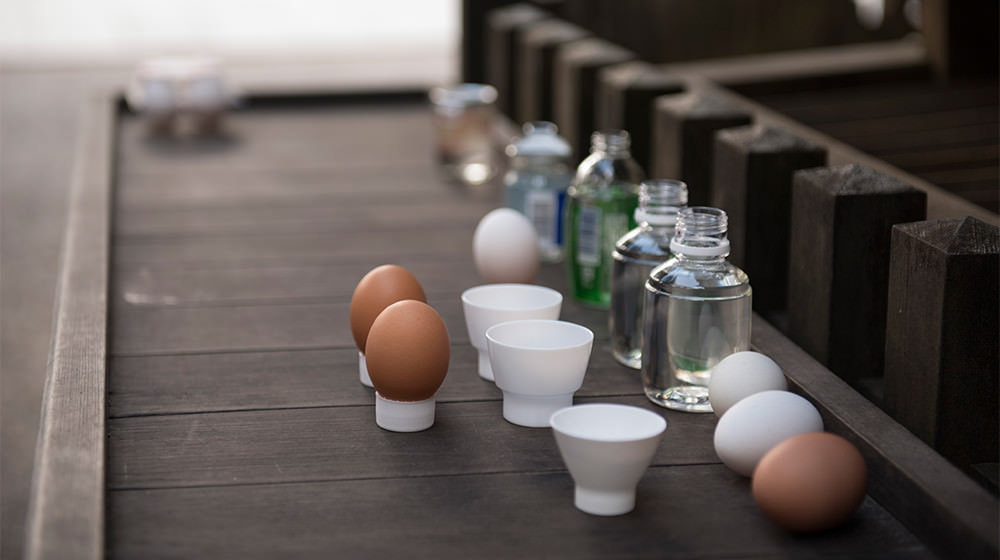 The "Nihon Shoki" (written 720, the oldest chronicles of Japan's history), there is a tale that the deity of Omiwa Jinja Shrine - Omononushi - once appeared here in the form of a snake. Accordingly, offerings of Sake and chicken's eggs are placed around the grounds, as they are believed to be the snake's favorite foods. 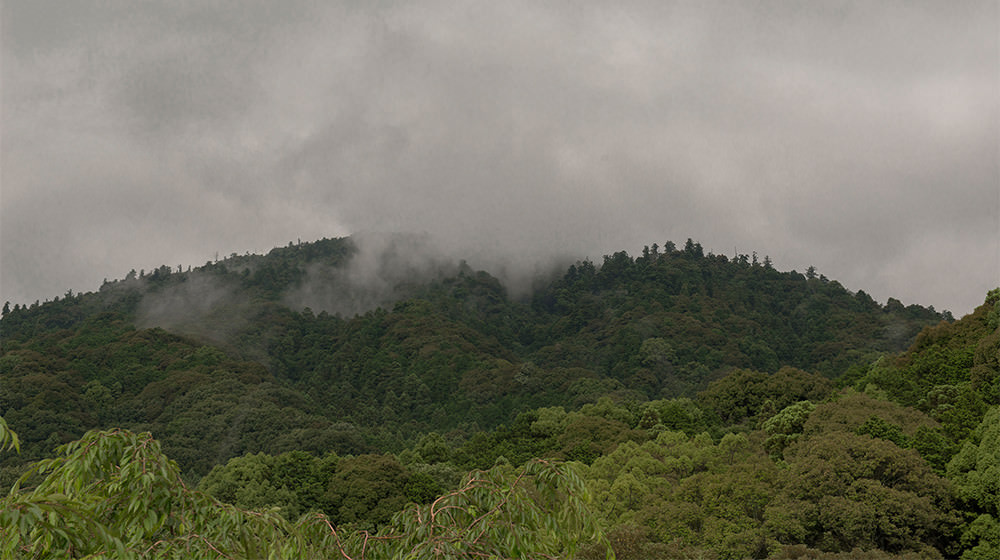 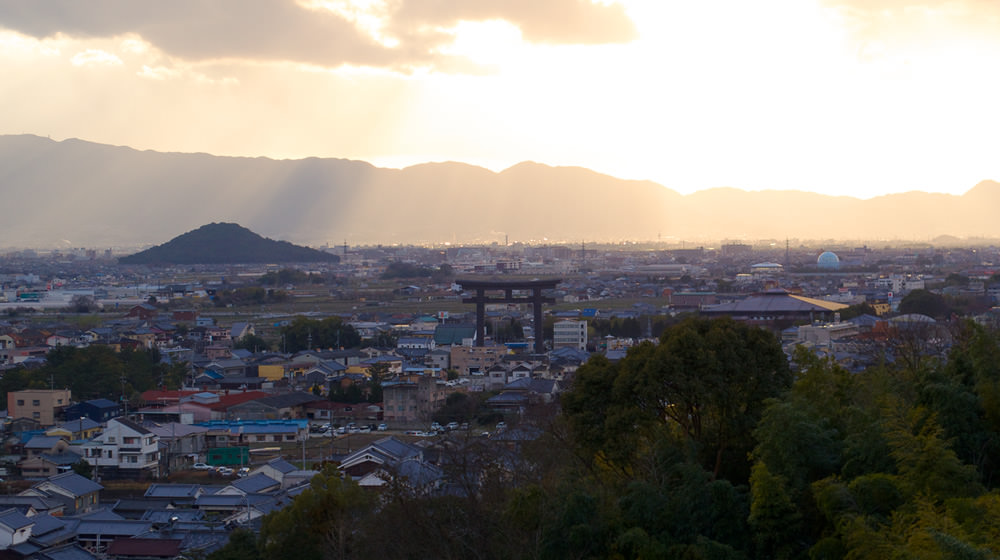 This observatory is situated at a high point that offers a beautiful view of mountains and the 32.2m Torii that rises over Sakurai Town. The three seemingly-small hills to the left are Mount Miminashi, Mount Unebi, and Mount Kagu from right to left. These three together are called the “Yamato Sanzan” (meaning Yamato three mountains) and are written of in poems (tanka) from more than 1000 years ago. To quote one verse, “Mount Kagu was fond of Mount Unebi and fought with Mount Miminashi. As it has been since the age of deities, even now men fight over a single woman.” The beautiful sunset here is perfect for contemplating ancient times.

This Shrine is known as a shrine of healing, and there is a well behind the left side of the worship hall. The water that gushes from it has been called "medicinal water" from olden days, and it is said that drinking it heals sickness. Even today, many pharmaceutical companies place great faith in it. Many of the lanterns along the approach were donated by pharmaceutical companies. The custom of using medicinal water when first making medicines also lingers today. 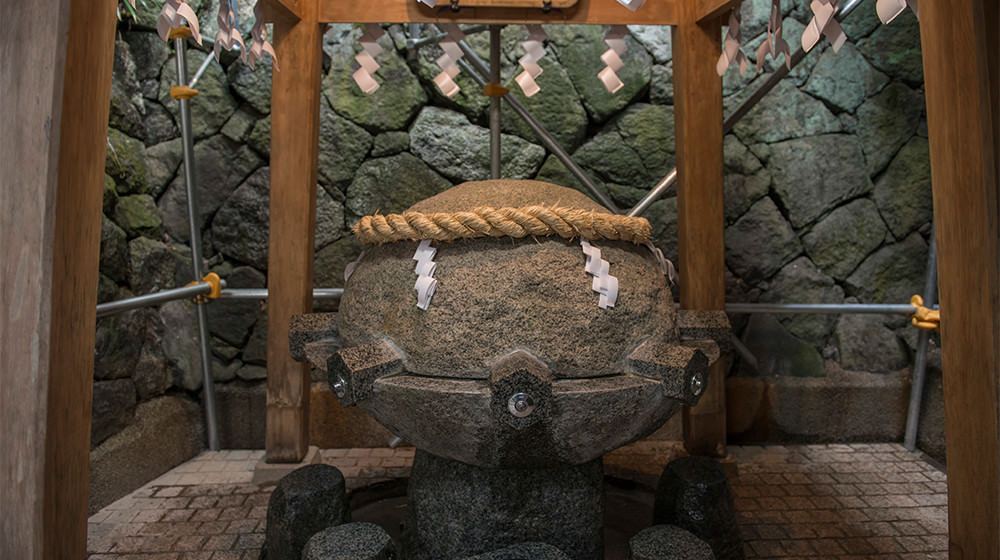 This is an auxiliary shrine located in the Omiwa Jinja Shrine grounds. It’s dedicated to the deity Kuehiko no Mikoto. 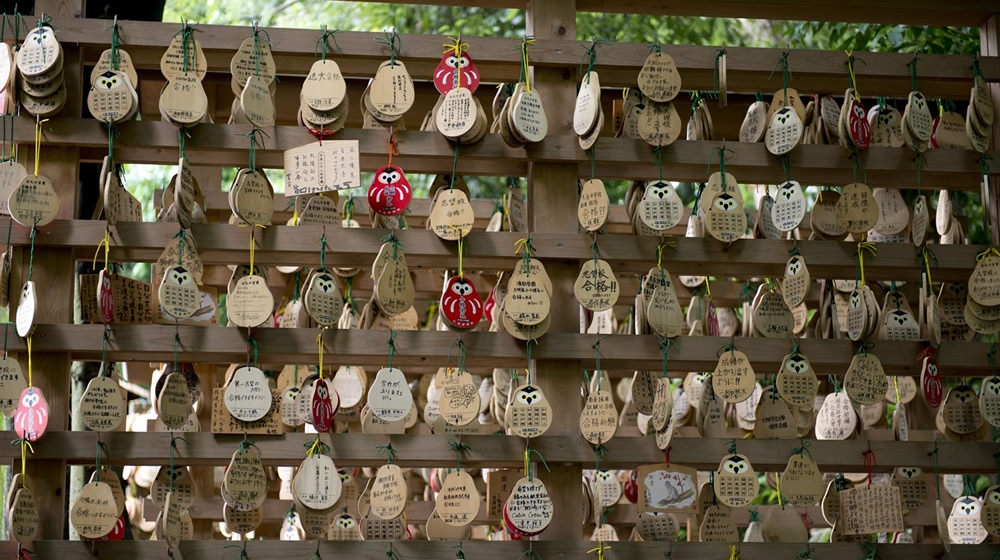 It is written in the Kojiki, Japan’s most ancient historical record, that Kuehiko no Mikoto was a god of tremendous wisdom who knew all that happened in the world without ever having to take a step out into it. As a result, he came to be revered as a deity of education and wisdom, and at his shrine you can see many votive plaques written with wishes and prayers for entrance exam success. 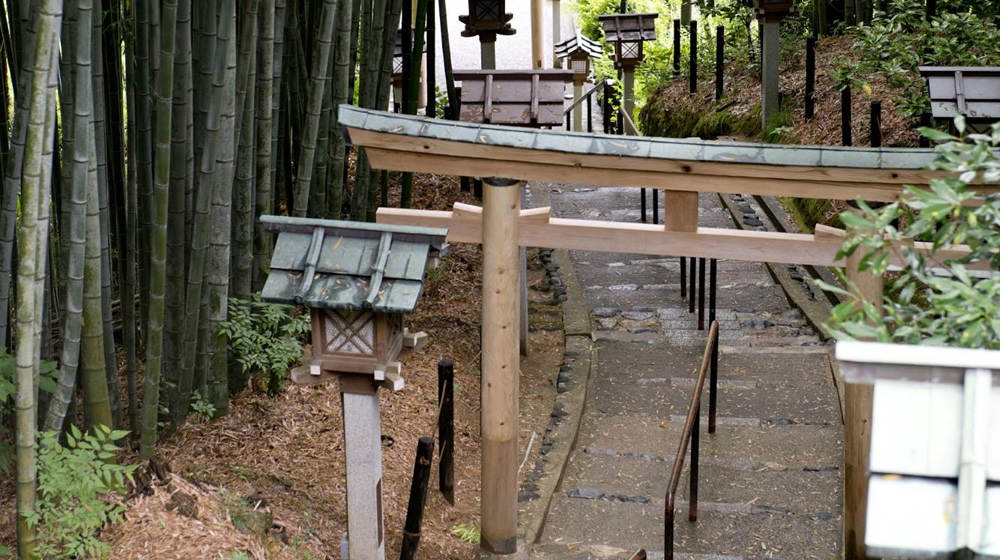 Within the shrine grounds - reminiscent of the ancient rituals held there - an Iwakura (large stone location of divine manifestation) and a Shinza (location of divine residence) made of wood from the Sakaki tree (Japanese cleyera) can be found. As with Omiya Jinja Shrine, the shrine is characterized by its lack of a main hall.

Mt. Nijo is visible from the other side of the Torii. The sunset is especially beautiful when viewed from here. In the spring and autumn equinox season, the sun sets just between the two peaks of Mt. Nijo. 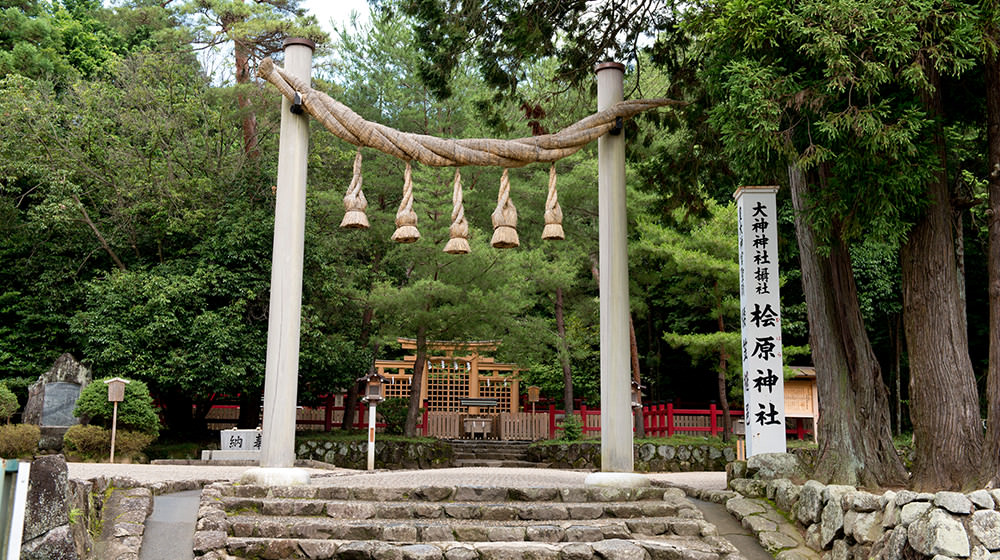 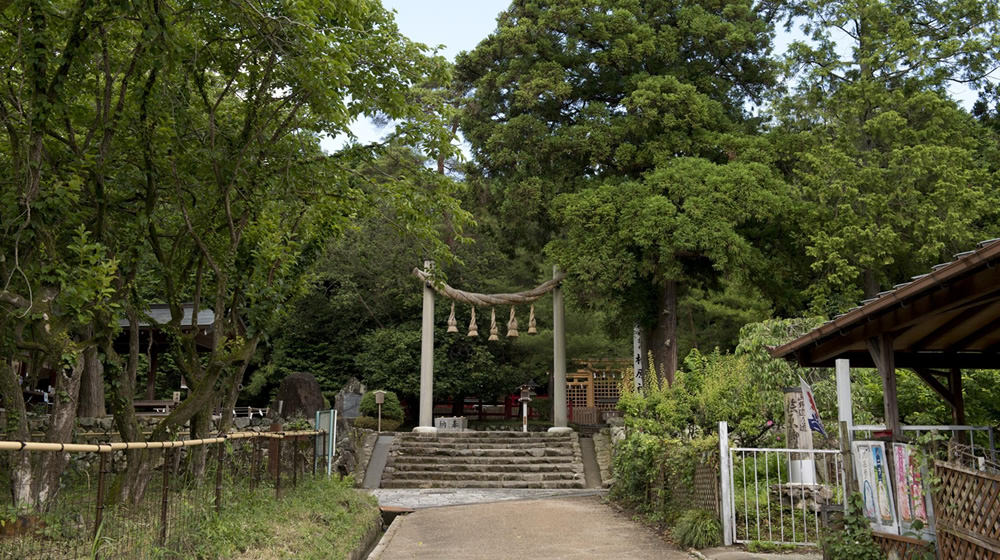 Motoise (Original Ise) is where “Amaterasu Oomikami” was enshrined before the deity was moved to Ise Jingu Shrine.
Starting from the foot of Miwa mountain, Amaterasu Oomikami settled in the current land of Ise after traveling the land.
Because Hibara Jinja Shrine is the first “Original Ise”, it is a major religious site.